How has bailing out colleges gone so far?

The death of former Rhode Island Sen. Claiborne Pell hasn’t stirred up debate about how our government policies impact the cost of a college education. Perhaps it should.

Given our ever-increasing amounts of federal aid to colleges over the years, one might be tempted to believe the aid played an unintended role in creating tuition inflation.

But then we all know Sen. Pell and his comrades had only the best of intentions, so that can’t be right. Never mind.

In recent years, it has become common practice for defeated Kentucky legislators to take executive branch jobs at much higher salaries and a fat pension sweetener as well. In Massachusetts, it took a legislator being charged with harassing and attempting to grope multiple women to get them to get them to reconsider their special legislative deal.

From the (North Andover, Mass.) Eagle-Tribune: 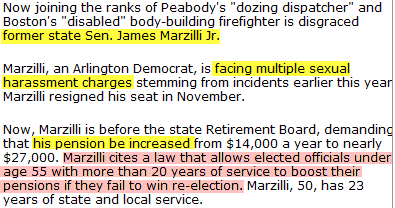 One hopes no Kentucky women will have to endure similar abuse before our elected officials take another look at public pension policies.

Gov. Steve Beshear promised to run government differently, openly, more transparently, many times. He has promised to save taxpayers up to $180 million a year by being more efficient.

Follow-through has been a problem.

We’re still waiting for the missing efficiency study and the much-needed $180 million. And now we have learned from the Governor’s office that launching of the government spending transparency web site he talked about so much has been delayed until Tuesday, January 6.

No reason was given for the continuing delay.

State, city, and county workers who are driving around Kentucky in taxpayer-provided cars should turn them in now: 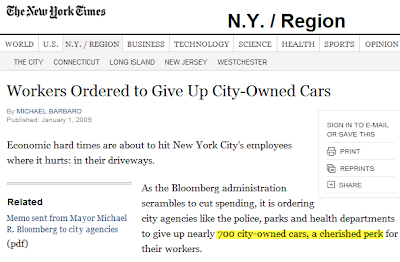 Gov. Beshear and other public officials lost a lot of their borrowing capability as the municipal bond market tightened significantly in 2008. Even if Beshear has the ability to use the billion dollar ace in the hole given to him by the General Assembly, Kentucky’s fiscal health would fare much better if he doesn’t.

Gov. Steve Beshear and Finance and Adminstration Cabinet Secretary Jonathan Miller made a big deal the last six months out of promising a government spending transparency web site to be made available today:

Everyone in the world knows what day it is. And fiscally-minded Kentuckians still don’t know what the state government is doing with their money.

All we know today is they want more of it. Our money, that is.

The time is long past for every single dollar of Kentucky taxpayer money to be posted to the internet when it is spent. Beshear has goofed around on this way too long. 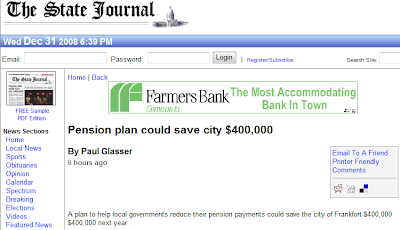 Beshear’s plan delays the requirement that cities and counties catch up on funding their woefully underfunded health and pension benefits plans. The alternate universe mentality that pervades Frankfort and most of the mainstream media emboldens some to spin Beshear’s move as a good thing, but pretending that he is saving money for anyone with this just isn’t true.