In times of plenty, too few people want to seriously consider the order of priorities in our system of self-government. Spending wins votes, plain and simple. So our elected representatives spend.

In that sense — and at least until the state bailout money comes in the mail — any reflection caused by the current turmoil has the potential to do good.

What, for instance, defines success in a government program? In the business world or in our homes, we attack a problem until it is no longer a problem. Or at least until it becomes less of a problem and can, therefore, be worked around.

Take as an example the Lexington Herald Leader’s grief over the demise of Kentucky Homeplace, whose closure will save $2 million annually:

This “investment” has provided a valuable service by accessing charity medical products for people of limited means whose income disqualified them for Medicaid. Rather than spending the last fifteen years developing an ongoing constituency and a justification for its continuing existence, Kentucky Homeplace should have been showing people how to gain this access for themselves, their friends, relatives, and neighbors. (It’s not that hard. Use Google.)

If this approach had been taken fifteen years ago, the closing of Kentucky Homeplace would be met with satisfaction for a job well done and for lives improved. Instead, we only hear whining and crying by those frustrated in their efforts to expand government:

How could they leave this out?!?!

United Auto Workers President Ron Gettelfinger had Kentucky on his mind last week at the Automotive News World Congress and Kentucky’s mainstream media outlets seem to have edited out that part of his comments.

Gettelfinger was quoted in Automotive News saying the following:

This extraordinary quote didn’t appear in the Lexington Herald Leader, the Louisville Courier Journal, or the Georgetown News-Graphic. Incredible!

So which is it, Mr. Gettelfinger: did the Big 3 automakers ruin themselves paying their employees too much or too little? Either way, this kind of brings into question the value of paying union dues, doesn’t it?

This kind of double-talk from union guys strengthens the arguments against pro-labor union policies in Kentucky that scare off potential employers and inflate the cost of public construction projects.

As of June 30, 2008, Kentucky’s state employee health fund for non-hazardous employees was funded at only 11.1%, according to the state actuarial report.

That is the last available information. The problem is certainly worse now.

This means taxpayers, most of whom will never see employer-provided health benefits in early retirement, will have to pay a lot more in taxes to fund the same for state employees.

There is no way to eliminate this hugely pricey benefit in time to help escape our current fiscal dilemna but we should get rid of it now anyway. Incentivizing employees to retiree around age fifty clearly belongs in the category of luxuries we can no longer afford.

No taxation without presentation

Kentucky government officials have fallen well short of their promises to provide spending transparency with a web site that just doesn’t get it done.

The worst part is the mainstream media has been worse than asleep in the face of this smokescreen; it has been complicit.

I’m sure the Beshear administration press release said the site went up on January 1, but it’s not true.

Surely it is not too much to ask our government servants and media watchdogs to provide better service than this. Taxpayers who want to see what a real spending transparency web site looks like should try Texas and Missouri.

It is beyond ridiculous to be talking about raising taxes even a single penny when they won’t show us the checkbook.

Here’s a tip of the hat to the newly elected members of the Lawrence County Board of Education. Right after taking office, they reinstated the right of the public to make comments at board meetings. (Source: Big Sandy News, Louisa, Jan. 21, 2009 – Subscription). The old board shut out the public last summer.

So, you want to cut tobacco-related deaths? 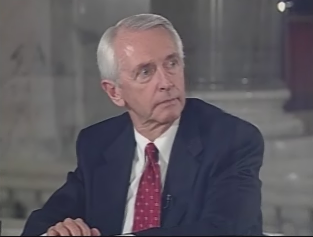 The U.S. Senate will soon pass a cigarette tax of 61 cents per pack to justify removing the income cap from SCHIP eligibility. This also sucks out whatever oxygen was left in Gov. Steve Beshear’s effort to raise taxes 70 cents.

But all is not lost.

Beshear’s big plan was to raise revenues so he could keep spending, but cigarette tax increases are usually very disappointing when counted on in this way. Of course, he already knows this.

What if we, instead, raised Medicaid co-pays, cut benefits, and sought other, more realistic ways to provide a smoking disincentive for smokers who are likely to not be able to afford the medical consequences of their expensive habit?

That way, we could move away from trying to expand government’s size based on revenues from an activity we claim to want to eliminate and give smokers more reasons to consider the wisdom in smoking themselves to death.