Look for a Fight on the CATS School Assessments

WYMT News reports that legislators are upset with the lack of “bang for the buck” with Kentucky’s expensive CATS tests and are likely to take another shot at ending this troubled program during the current legislative session.

It’s clear from the reader comments to the Web article that there is plenty of public sentiment against CATS, as well. They must have been reading our analyses of this inflated and untrustworthy program.

Catering to voters with bad credit

Rep. Jim Gooch has filed a bill that would limit how much auto insurance companies could raise rates on drivers with bad credit.

Insurers have overwhelming evidence that drivers with bad credit are more expensive risks behind the wheel. The American Legislative Exchange Council issued a report back in 2003 finding bills like this increased insurance costs for drivers with good credit:

A similar but more restrictive bill failed to get a floor vote last year.

Home-schooling on the Rise

More parents are “dropping out” of public schools in the interests of better education for their kids, a new study reports.

And, there are more reasons parents are taking the home-school choice alternative – reasons that indicate public schools are not meeting student needs despite all the “noise” about how diverse our public school system has become.

In remarkably frank comments to an Indianapolis Rotary Club concerning his state’s budget challenges, Indiana’s governor Mitch Daniels says, “Put bluntly, the education system of this state, or any state, must be a learning system for children, and not an employment bureau for adults.”

Kentucky legislators would do well to keep this in mind as they get ready to tackle our budget challenges.

Gov. Steve Beshear said via press release this morning that he wants taxpayers to send him government cost-saving ideas.

Those are a few of mine. Take a minute and click here to give him some of yours.

Score one for letting government have less money. 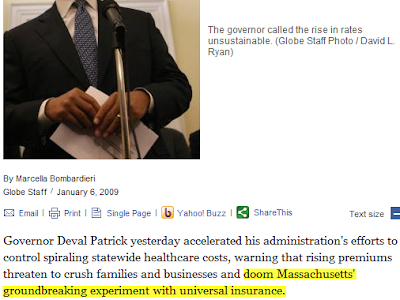