– US Secretary of Education Arne Duncan says so

Our concerns about teacher preparation programs are no secret to our readers, but some would like to just dismiss that as ramblings of the Bluegrass Institute.

Well, we have some pretty well-informed, high power company with the same concerns – the US Secretary of Education, to be exact.

As quoted in this Education Week item, Secretary Arne Duncan says, “…by almost any standard, many, if not most, of the nation’s 1,450 schools, colleges, and departments of education are doing a mediocre job of preparing teachers for the realities of the 21st-century classroom.”

The secretary also takes aim at states for not effectively riding herd on their teacher preparation programs.

Along these lines, we’ll have more to say in a couple of days, so stay tuned.

The boundary is here. No here. Wait…here….

The University of Kentucky tobacco ban takes effect Nov. 19. This means that no one on the university campus can use ANY tobacco product. This week, the effort took another step toward the absurd. A loophole was found in UK’s ban proposal: jurisdiction for the ban ends at the city sidewalks. So, if you wanted to smoke you could simply step off the campus grass and onto a city sidewalk and light up. 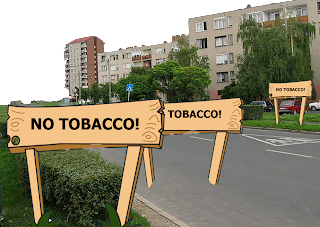 Not surprisingly, UK asked the city council to extend its jurisdiction to the city sidewalks for this ban. Why, you ask? It’s simple! We can’t have throngs of rabid and addicted students and faculty running to the sidewalks in between classes to enjoy a smoke. Simply unacceptable.

Perhaps UK should consider getting jurisdiction over the streets bordering the sidewalks. It would be very easy for smoke to float from the street on to the sidewalk or even the campus!

But wait! We may as well go ahead and include the opposite sidewalk because there will be a lot of students and faculty walking there too.

Let’s just make it easy. Let’s just say no smoking within a five-mile radius of campus. That seems reasonable right?

Why go to so much trouble to ban something that is legal?

A little ‘TRAIN’ that needs more lawmakers aboard

Many state governments have already bared all to their citizens. Kentucky needs to step up and show taxpayers the money.

Governor Steve Beshear launched a task force to lead another initiative to transform education in the state. The goal is for the task force to formulate recommendations by the end of 2010. That will set the stage for the legislature to meddle once again in education during 2011 legislative session and suffocate any chance for true system change.

We’ve done this task force thing too many times before. We don’t need another task force. We need a leader.

2) Say thank goodness we hired Terry Holliday, Ph.D., who led that effort, as our Kentucky Department of Education Commissioner.

3) Ask all the legislators, consultants, task force participants, and other Kentucky officials who have hindered Kentucky education professionals over the past 20 years to repeal all of their prescriptive and constrictive legislation, edicts, processes, procedures, and other ideas.

4) Get out of Holliday’s way and give him a free hand to do for Kentucky what he did at Iredell-Statesville, N.C.

5) Start ‘Transforming Education in Kentucky’ tomorrow under Holliday’s leadership and ‘can’ the task force with special commendations for a job well done.

You don’t hire the best and then dilute his impact by saddling him with opinions from people who can’t be held accountable to implement them.

– So, how come no schools in Jefferson County participate?

It’s good news for Henderson County High School, an 88 percent increase in the number of students who passed advanced placement exams in math, science and English from 2007 to 2009.

Chalk up another “win” for the Advance Kentucky program, which we have already praised in this blog.

The article got me thinking, though.

1) Advance Kentucky’s program includes bonuses for teachers for each of their students who gets a college accepted (3 or higher) score on their AP exams.

2) In a recent Kentucky Board of Education meeting, it was mentioned that the Jefferson County Teachers Association contract prohibits bonuses.

Could 1 plus 2 equal the reason why not a single Jefferson County high school has ever participated in the Advance Kentucky program?

Governor Steve Beshear and his education team have been on a whirlwind tour of Kentucky to tout his new task force to “transform” education in the state. At Pikeville, The Appalachian News-Express reports (in an article whose headline misspells the governor’s name) that a question was asked about where the state stands on No Child Left Behind.

“We addressed the issue of other states lowering their standards to look better,” she said. “I think the position that Kentucky has taken is one that says we need to make sure our kids get the best education they can. If we lower our standards … we have a short-term bang for our buck and a long term sacrifice of the education of our kids.”

“My advice is, I don’t care what other states do — we have an obligation to our kids. For too many years we let them down, it not time to start again.” (All in bold is a direct quote from the news article)

Ms. Mountjoy is not correct. Kentucky most definitely has lowered standards on its tests. That is made very clear by new federal test results, which show the scoring of Kentucky’s fourth and eighth grade Kentucky Core Content Test in mathematics got easier – again – this year, as we already pointed out here.

Ms. Mountjoy does get one concept right – it is indeed our kids who are being let down by these scoring standards bait and switch games.