UncategorizedBy Rick LFebruary 4, 2010
Gov. Steve Beshear said in the meeting at East Jessamine High School that while the state has made “significant, measurable progress” in education since the Kentucky Education Reform Act became law 20 years ago, there is still room for improvement.
How about some more aggressive adjectives that address the need for system “change” and “reform?”
President Obama said in the 2010 State of the Union address: “Instead of funding the status quo, we only invest in reform – reform that raises student achievement, inspires students to excel in math and science, and turns around failing schools that steal the future of too many young Americans, from rural communities to the inner city.”
So just what is “significant, measurable progress?” Thousands upon thousands of young Kentuckians have had their future stolen during the past 20 years!
After 20 years there are way too many failing schools in Jefferson County.
After 20 years there are troubled schools all over the state.
If there are this many troubled schools after 20 years, then just how many years at this rate of “significant, measurable progress” is it going to take to close the learning gaps?
The young folks who are getting their futures stolen desire an answer now.

“If you serve a child a rotten hamburger in America, federal, state and local agencies will investigate you, summon you, close you down, whatever. But if you provide a child with a rotten education, nothing happens, except that you’re liable to be given more money to do it with.” — Ronald Reagan

Let’s do our education standards right

It looks like Kentucky educators are rushing willy-nilly to sign onto Common Core Standards for K to 12 education before they’ve even see the final version.

The final release is delayed, again.

Is this the right way to adopt new education standards?

Why all the rush?

Two news releases yesterday add to my concerns that Kentucky’s educators are recklessly rushing us into new education standards.

This news release announces a joint meeting on February 10, 2010 of the Kentucky Board of Education, the Kentucky Council on Postsecondary Education and the Educational Professional Standards Board to “formally adopt a resolution implementing the Common Core State Standards in English/language arts and mathematics.”

The news release goes on to say, “During the meeting, the chairs of the three entities will sign a resolution directing their respective agencies to implement the common standards.”

So, the outcome of this joint meeting will result in formal and binding implementation of the Common Core Standards.

This February 3, 2010 article discusses many remaining questions about the Common Core Standards that were raised in the past few days during a meeting of boards of education from several Western states and the two organizations that are creating those new standards.

A few excerpts from the EdWeek report make it clear that a very large number of questions remain unanswered, and there is also considerable confusion about what the adoption of the standards really entails.

“States that adopt proposed common academic standards must use the entire document word for word, leaders of the initiative said this week.”

“…states may not revise them or select only portions to adopt.”

In other words, if we adopt the standards, we have to take them EXACTLY as published. We cannot make any changes to them. We are totally locked into this national model set of standards.

“It was the second of four regional meetings organized by the National Association of State Boards of Education, or NASBE, to help its members learn about the proposed common standards.”

Clearly, with two more meetings yet to come, more questions may be raised about how states are expected to adopt the standards and about what commitment is really required by such adoption.

Now, here are two EdWeek comments that really bear on the February 10 adoption meeting in Kentucky:

“Representatives from some states said that even though their states have pledged support for common standards, board members are uncertain about accepting them because they’ve seen only drafts.

‘We really are committed to trying to align [with the common standards], but we don’t know what we’re dealing with,’ said Patty Myers, the chairwoman of Montana’s board.

Nearly all the state board representatives said they worry that they lack the time and money to develop all the elements necessary to implement the standards in a meaningful way.”

“‘This is really rushed. We just don’t know very much yet,’ said Nevada board member Cliff Ferry.”

Did you get that? As of yesterday, state boards have only seen DRAFT versions of the standards. And, at least one state’s representative feels the process is “really rushed.”

By the way, as I reported several days ago, a spokeswoman from one of the two Common Core Standards creation groups, the Council of Chief State School Officers (CCSSO), says the FINAL release of the standards for both English/language arts and for math now won’t be made until either March or April because so many comments came back after the last draft was released.

Even if that CCSSO spokeswoman were misinformed (unlikely), and the standards were released in final form today, that would allow less than a week for Kentucky educators to look at them before committing us to these crucial, but deceptively involved, education standards.

In sharp comparison, as I recently wrote, New York’s plan to review and adopt the standards will take about half a year.

It doesn’t even look like our state educators will have the final document in their hands by the day of the vote.

If our education boards vote for this without seeing the final language, it will be like you signing at the bottom of a blank piece of paper with the understanding that the bank will fill in all the language of your loan application later.

You wouldn’t do that to yourself.

Why should our state’s education leaders do something similar to our kids?

There is no need to rush this. Other states are taking a much more thorough approach to adoption, which includes asking a lot of questions for which there presently don’t seem to be any answers. Our educators need to take a deep breath and do the same instead of looking like a bunch of willy-nilly teenagers rushing to be first in line for a rock star performance.

Commander’s message to Kentucky: ‘Failure is not an option’

UncategorizedBy Rick LFebruary 3, 2010
Eagle Military Academy educates and inspires young men being left behind by public schools in South Carolina. It could happen in Kentucky, too.
Founder Col. Nathaniel Green states: “It’s time to think out of the box and work together.”

Out-of-the-box thinking when it comes to education involves choices that advance the interests of children, not the system. Kentucky’s education leaders need to recognize what Col. Green already knows: School choice is not the enemy of public education.

He cites high dropout rates, an epidemic of low test scores and public schools giving up on kids. Sound familiar?
[youtube=http://www.youtube.com/watch?v=5iJAxQevU1Y]
You’ve heard the saying “hire for attitude, train for skill.” The attitude of the Eagle academy students in this video puts them ahead — far ahead, in many cases — of their peers in the race for good jobs and productive citizenship.

Some of Col. Greene’s statements may not be politically correct. But there is no question that at the Eagle Military Academy, failure is not an option. That is an attitude that could serve Kentucky education leaders well.

Ever wondered how you can help promote transparency in government?

Have the scoop on government being wasteful? Want to share it?

Do you have a passion for school choice?

FreedomKentucky.org is Kentucky’s only government transparency wiki. Anyone can sign up and contribute information about local, county, or state level government. FreedomKentucky.org profiles politicians, schools, school districts, tracks the state legislative process, conducts open records requests for the check register database, and countless other activities important to helping KENTUCKIANS TAKE BACK THEIR FREEDOM! 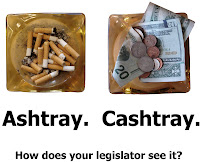