While other states race to act on health care protection legislation, Kentuckys hope is still in the paddock

Legislation is pending in 36 states to limit a federal health care bill’s impact outside Washington. The intent is to limit, alter or oppose selected state or federal actions, including single-payer provisions and mandates that require citizens to purchase health insurance.

Idaho and Virginia lead the way with plans to sue the federal government if Congress passes an intrusive health care bill like the current proposal.

Virginia Attorney General Ken Cuccinelli II issued a very clear letter to Speaker Nancy Pelosi in which he warns: “Should you employ the deem and pass tactic, you expose any act which may pass to yet another constitutional challenge.”

Concerned Kentucky lawmakers have introduced House Bill 307, which contains the Bluegrass State’s version of a hard-hitting warning. However, the current legislative leaders are unlikely to even give the bill a hearing — unless they hear from enough concerned citizens who are likely to vote in the next election.

All the shenanigans associated with the federal bill dictate the time is now for House leaders to let our representatives vote to protect their constituents. The feds don’t care what happens to Kentuckians, but that’s the top priority of the people’s representatives in Frankfort.

Gov. Beshear (as if he’d didn’t have more pressing matters) tried last year to seize the Internet domain names of 141 Web sites, deeming them illegal because they provide a beaten path to online gambling sites.

While it’s not sound policy to base economic revival on citizens losing their hat, the greater concern in the issue at hand is government trampling on our constitutionally protected private-property rights. As I asked in a recent Bluegrass Beacon column: “Once the government starts down this path, where will it end?“

Methinks the governor wasn’t nearly as concerned about the gambling issue as he was using government’s power to clamp down on competition for Kentucky’s sites. If not, then why were Kentucky based online gaming sites, including www.twinspires.com (Churchill Downs Inc.’s Web site), left off the government’s seizure list?

The Kentucky Court of Appeals ruled 2-1 against the government, which then continued to waste taxpayers’ resources by appealing to the state Supreme Court. In a technical ruling Thursday, the high court threw out the petition to block the state from seizing the domain names … but on technical grounds: none of the owners of the domain names showed up in court.

While this action opens the door for the commonwealth to refile seizure orders, legal experts are betting that — based on the written opinion of the court, which indicates agreement with the private-property arguments — when an owner shows up at court, that will be the end of the state’s seizure attempt.

In a recent column celebrating the Court of Appeals’ reversal of the state’s decision, I wrote a statement that still seems relevant: “Gov. Steve Beshear apparently thinks the state can ignore the private property rights and due process of the owners of these domain names.”

Here are some interesting links for this Thursday… 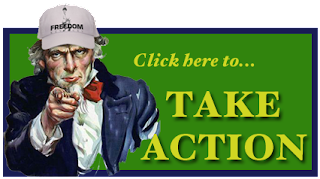 It’s clear. Washington power players are intent on passing a health care bill regardless of public opinion, fact or consequences.

Democratic congressional leaders have floated a plan to enact health-care reform by a procedure dubbed “the Slaughter solution.” But the Supreme Court wrote in Clinton v. City of New York (1998), a bill containing the “exact text” must be approved by one house; the other house must approve “precisely the same text” according to an op-ed by Judge Michael McConnell in the Wall Street Journal.
A draft of lawsuit by LANDMARK LEGAL FOUNDATION and MARK R. LEVIN challenging the constitutionality of the health care bill that might be passed using the Slaughter solution because you cannot have a law that is not voted on by Congress – as explicitly said in the Constitution.
The stakes for Kentucky are really high. Kentucky legislators need to debate and vote on two self-protecting items to help protect Kentuckians from corrupt Washington politics that will dramatically impact all of us.
Kentucky HB307 providing protection against health care mandates and House Concurrent Resolution 10 asserting Kentucky’s 10th amendment stance are both suffocating in committee.
Unless Kentuckians are going to sit on the sidelines and adopt the ‘hit us again, harder, harder’ mantra, it’s time for legislators to act.

Are the 10 schools selected for school improvement audits and grants the right ones?

UncategorizedBy Richard InnesMarch 17, 2010
I wrote yesterday about the surprise revelation that the Kentucky Department of Education already started to use the rules from House Bill 176, which was passed in January, to start holding some of the state’s worst-performing schools accountable. Accountability was not expected to start until late summer and was supposed to be based on the results from the still to be administered 2010 Kentucky Core Content Tests (KCCT).

Now, 10 schools are being held to account for their 2009 and earlier KCCT scores.

This unexpected action has generated a lot of questions. Today, I’m going to explore that further using this table.

The table summarizes test results for the 10 schools in question. It includes the latest KCCT reading and mathematics proficiency rates in each school and the most recent Composite Score averages from 11th grade testing with the ACT college entrance test.

I also show the latest NCLB status for each school based on whether it was a “Title 1 school” (Those receive appreciable federal funding) or not. Non-Title 1 schools don’t receive a formal NCLB Tier classification in Kentucky but can be classified by the number of years they failed to reach the NCLB Annual Yearly Progress goals.

As you review the rankings, you will note that there are gaps in both the KCCT and the ACT rankings. In other words, some schools that are not on this list performed even more poorly in 2009 than those that are.

How can that be?

I’m still working on answers to how some schools were omitted from the bottom five percent. I do know that the identification of schools is supposed to actually be based on a three-year average of the KCCT math and reading scores, but I still have to check on exactly how that calculation is done.

However, the results in the table are good enough to discuss some concerns. Specifically, since we will spend a large amount of money in the 10 identified schools, it’s important to pick the right schools.

I’m not sure this list does that. For example, consider Deming High School in Robertson County.

In 2009 Deming High ranked 228 for its gruesome average of math and reading proficiency on the KCCT, just above last place Shawnee High School. Fewer than seven percent of Deming’s students were proficient in math last year.

On the ACT it ranked at 224 out of 229 high schools in the state that got a score report. Deming’s dismal ACT Composite average was only 15.4.

Deming has continually been in an NCLB Tier status for the past four years. It first failed to make NCLB targets way back in 2004-05.

But, because Deming just happened to luck out and actually made its NCLB targets for one year in 2006-07 (a school has to do this for two years to get out of Tier status), it apparently gets to skate.

Instead of putting half a million dollars a year for the next three years into improving Deming, we are going to spend that $1.5 million in Fern Creek High School, where the ACT Composite average is notably higher (though still horrible) at 16.6 and the most recent proficiency rate average for KCCT math and reading was over 11 points higher than in Deming.

Oh, in the past two years Fern Creek actually made its NCLB target for reading. Deming flunked consistently for both reading and math in that same period.

Make no mistake – neither of these schools is doing anything close to an acceptable job.

But, if we can only spend extravagantly in one school, I think the test scores and recent trends say we should do it in Deming, which has a terrible track record despite the “glitch” in 2006-07 where the school momentarily got lucky, and which presently scores virtually at the bottom, notably lower than Fern Creek.

A new global warming-alarmist group has set up shop in Kentucky. If the Kentucky Climate Action Plan Council has its way, Kentuckians will pay higher prices for energy and lose more of their freedoms. Click here to listen to the 90-second audio commentary.

Note: Be sure to join the Bluegrass Institute’s Capitol Briefing luncheon on March 24 at the Capitol Annex for more information on the threat this group poses, as well as the latest on the promise of nuclear power and clean coal technology to help keep Kentucky’s energy prices low. For more information and to RSVP (required) for this event, please click here.