Here is your Friday link fodder.

The Bluegrass Institute questions how Kentucky can be chosen as a finalist in the competition for a piece of the Obama administration’s education stimulus $4.35 billion funding pie — especially since the commonwealth’s recent Race to the Top application was submitted without charter schools or the intensity of innovation needed to bring about real reform in the Bluegrass State’s public schools.

Scroll down the page to view responses to Jim Waters’ insistence that it makes no sense to claim that real innovative change in taking place in public education without including policies — like charter schools — that have already been proven to work instead of defending the status quo while offering the pretense of real change.

Look out for Uncle Landlord 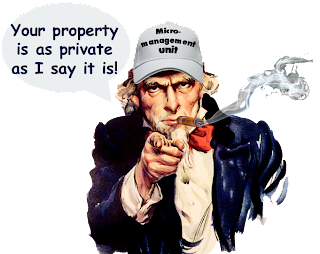 So the battle rages on in Lexington regarding the UK area housing situation.  The LFUCG planning committee met to discuss the language of a city ordinance this past week.  On the agenda is to refine what the term “family” means in an attempt to regulate how property owners in Lexington can manage their own property.

Here is the document from the meeting outlining the proposed changes.

Take a second and email your council representative and let them know you want them to respect property owners rights!

This is a great discussion by Milton Friedman about how bad laws make criminals out of those who seek to do things that are socially advantageous. He uses a great illustration about smugglers (and I imagine that he is talking about Han Solo and Chewbacca…okay, maybe not…)

Knox/Corbin parent choice fight on hold for a year

Kentucky Commissioner of Education Terry Holliday has ruled that the status quo will remain in the Knox County – Corbin Independent Schools fight over cancellation of the long-standing student transfer agreement.

All students currently attending schools out of district can continue to do so for another full school term.

Meanwhile, the districts have been directed to seek mediation of the dispute.

At this time neither district’s board of education has decided whether to appeal the commissioner’s decision to the Kentucky Board of Education. Such an appeal could be made by either party.

Jaime Escalante, the hero of the 1998 factually-based film “Stand and Deliver,” is fighting cancer according to Washington Post reporter Jay Mathews.

Escalante is the famous teacher who took inner city Hispanics and showed the world that they could indeed master calculus if they had a teacher who knew his stuff and cared.

Teachers around the country – sadly not nearly enough of them – have been inspired by Escalante to reach higher with their disadvantaged students.

Reports Mathews, at one time “27 percent of all Mexican American students in the country who passed the AP Calculus AB exam were students at Garfield High School in East L.A., where Escalante and his protege, Ben Jimenez, were the calculus teachers.”

Yes, good teachers who believe in their students do matter. We just need a lot more of them.