This is a great discussion with John Garen, Ph.D., professor of economics at the University of Kentucky and adjunct scholar with The Bluegrass Institute for Public Policy Solutions, about school choice and the current education system in Kentucky.

Does anyone know how to teach reading?

Certainly, nationwide performance on the National Assessment of Educational Progress indicates that reading has made scant improvement since the early 1990s. 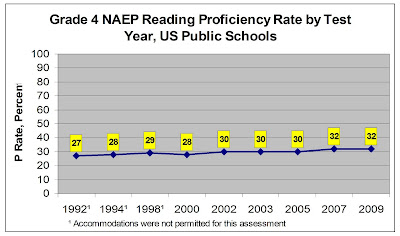 The new federal study says only one of the three programs examined, ReadAbout, showed any positive impacts on reading comprehension, and those improvements were limited to the social studies area. Ed Week says, “ReadAbout showed no statistically significant effect, however, on tests measuring students’ comprehension of reading more generally, or of science texts.”

By the way, in the second year of the study, Reading for Knowledge was not even included because “more than half the schools assigned to use it for the study declined to continue.” That may be the most damning indication of all.

So, where does this leave us?

The NAEP, which does evaluate comprehension, indicates the programs, not the federal study, are faulty.

How can education exist in such an information vacuum of non-performance?

And, what does this tell us about all the educator claims we’ve heard for years about knowing how to teach kids?

Is Colorado a good model for a charter school bill?

There has been a lot of talk recently about charter school legislation in Kentucky.

One potential candidate bill offered late last week by the Kentucky Department of Education is supposed to be modeled after charter legislation in Colorado.

Is Colorado a good choice?

Here is a breakout of the proficiency rates (percent of students scoring at or above “Proficient”) from the 2009 National Assessment of Educational Progress (NAEP) math and reading assessments. Using the Main NAEP Data Explorer (Link found here), I was able to disaggregate the numbers according to the type of school in Colorado, either a charter school or a non-charter school. 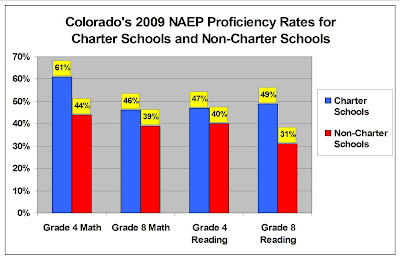 At least for these particular NAEP samples, the charter schools in Colorado blew away their regular public school counterparts.

Furthermore, while I have reservations about the study overall, even the report from CREDO which I discussed some time ago recognizes Colorado as one state where charter schools do outperform their traditional public school counterparts.

Now, the question is, how faithfully does the Kentucky Department of Education’s proposal really follow the law in Colorado?

Why did over 4,000 parents apply for just 588 openings in one of New York City’s charter school systems?

Why don’t we have excitement like this in Kentucky?

Louisiana and New Orleans are cooking up great charter schools

Charter schools in New Orleans will outnumber traditional public schools by two to one next year according to The Times-Picayune. 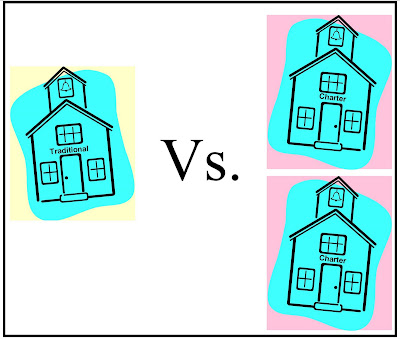 Do you really think this would be happening if charters done right were not better? 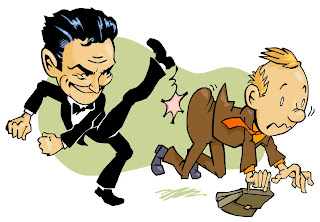 We discussed schools in trouble under the federal education program known as School Improvement Grants in an earlier blog.

Now, it looks like staffers at Lawrence High School are going to get the axe under this new accountability program.

However, I still am not sure that the right schools are even on the School Improvement Grants list, and I don’t understand why the principal at Lawrence High is being shown the door after only about a year of service.

Do we have the right schools?

The problem with the selection of the School Improvement Grant schools is something I wrote about earlier in another blog.

In that second blog post, I pointed out that in 2009 Lawrence High ranked 218 out of 231 for its average proficiency across both reading and mathematics in the state assessment program. Clearly, more than 10 other schools did worse in 2009.

Furthermore, Lawrence High ranked 170 out of the 229 high schools that had ACT scores for 11th grade students reported in 2009. Certainly, this isn’t great performance by any standard. But, it is far from bottom 10. Sadly, the ACT performance isn’t considered in the School Improvement Grant process. I think it should be.

I know the way the schools were actually selected for the School Improvement Grants was a bit different from the analysis I outline above, but the point is the latest, 2009 testing results do not support wrecking havoc in Lawrence High while other, clearly lower performing schools get no special attention.

The issue is: are we using the right identification process for schools?

Should we axe principals who have not had enough time to make a difference?

There’s more. I’m also not sure the right person is leaving in the case of Lawrence High.

The Big Sandy News reports (subscription) that Dr. Laney already submitted his resignation, effective at the close of this school year.

But, here’s the problem.

Among the principals in Kentucky’s 10 School Improvement Grant schools, Dr. Laney has had the shortest incumbency of all. According to data I extracted from the school report cards at the Kentucky Department of Education’s web site (summarized below), Dr. Laney has been the principal for something less than two years (In fact, the editor at the Big Sandy News says Dr. Laney only started this school year). I read earlier somewhere that in cases of very limited incumbency like this, the principals would not automatically be replaced.

Maybe Dr. Laney came across really poorly during the school audit, but he still hasn’t had much of a chance at Lawrence High.

One last point to consider: Dr. Laney is the only one in this listing with a doctorate. If his removal is appropriate, then we need to find out where he got that advanced degree and do some research on the program he received.

There is still more to question with the School Improvement Grant process, so stay tuned.