Facts, not bias or propaganda, should determine charter school policy

Lawmakers should decide the future of charter schools in Kentucky based on facts, not propaganda.

You lookin’ for a Sugar Daddy?

“If one man offers you democracy and another offers you a bag of grain, at what stage of starvation will you prefer the grain to a vote?” — Bertrand Russell

A reminder that stark differences remain between big spenders and responsible leaders was brought home again to me via Kentucky’s Washington delegation on page 16 of a recent Kentucky Gazette. See if you notice a difference:

A statement by a U.S. Senator bemoaned: “We are spending our nation’s future into the abyss. … by 2020, that cost (of the national debt) will jump to $248,700 per child under the age of 18. … As a country we have to make hard decisions when it comes to entitlement programs. Medicare, Medicaid, and Social Security will continue to drain our resources.”

Right next to the Senator’s statement is one by a Louisville congressman who spent his whole clip talking about how much taxpayer-funded pork he brought home: He announced that Kentucky would receive an additional $175 million in federal stimulus funding. The congressman bragged that “this new funding brings the total amount of Recovery Act dollars the Commonwealth has received from the U.S. Department of Education to more than $1.14 billion.”

So, what will be the end result of all this stimulating spending, Mr. Congressman?:
“With this investment, our nation is guaranteeing our students have the resources to receive a high-quality education while maintaining the highest-skilled workforce in the world.”

Wow. Really? Has he heard about: 1) Kentucky’s 10.7 unemployment rate; 2) the massive problems in its schools; 3) employers who want to hire district graduates, especially minorities, but can’t find those academically proficient enough to fill out a job application or read a simple manual?

He must not know: If money solved our education problems, Louisville, which spends 19 percent more per pupil than any other district in the commonwealth, would be the poster district.

This division is a microcosm of the entire country.

Some want less government, lower taxes and adherence to the Constitution by our elected officials.

Others prefer the Sugar Daddy approach, which keeps more and more dependents sucking on government’s teat, all while vigorously shaking their heads in approval at policies that redistribute the wealth and institute a State of Nanny-ism that runs every aspect of their lives.

Quote of the day: What is the most ‘firing proof’ profession?

“Education is the only job where you can fail at your job and still not get fired.” — Mandy Connell, WHAS-AM talk show host

Jefferson County School Board meeting is a mess

Today’s Courier-Journal coverage of last night’s tumultuous meeting of the Jefferson County Board of Education is loaded with insights into why the most troubled schools in this district are the way they are.

Some of last night’s comments were eye-watering.

It started with Jefferson County Schools Superintendent Sheldon Berman. Last week, Berman said he wanted to shut down the Robert Frost Middle School and transfer the students to other schools. He reversed himself before the board met yesterday amidst howls of protest.

The Courier writes that Berman said:

“…closing the troubled school in southwestern Jefferson County would have been the right way to proceed.

‘We believe it is the best educational intervention we had,’ he said.”

But, Berman caved, now basically admitting that the plan finally selected, which changes out the principal and 50 percent of the staff, isn’t the best approach for this school, but the school district is going use it, anyway.

Selecting second-best options when something better is available isn’t what we need from senior school leadership.

Berman took still another hit on his management style. 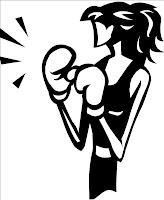 “’Since you were appointed (superintendent) you have only spent about 10 minutes at our school,’ she said. ‘That is not enough.’”

I don’t know if Ms. Mobley was exaggerating, but others I’ve talked to indicate Berman did not spent much time in his schools. It’s an issue the Kentucky Board of Education and the Commissioner of Education need to investigate.

Certainly, comments made last night are especially disturbing because Berman now will gain a lot more power in his district’s most troubled schools. That is because these schools must pass their School Based Decision Making school governing authority – to Berman!

There were more eye poppers during the meeting.

Central High School Principal Dan Withers got caught in a Courier video (available from the link above) complaining that the turn-around procedures that have to be used are a “shotgun approach” forced by the Kentucky Department of Education.

These folks are so used to closing their eyes and deluding themselves about the real performance in their schools that they probably do believe there isn’t anything wrong.

By the way, I wonder if the district could turn down the School Improvement Grant money and do nothing. If so, blaming the Kentucky Department of Education for Jefferson County greed really won’t fly.

And, greed there is.

Tonya Mobley, that PTA head from Robert Frost Middle School, says on the Courier’s video that all we need to do is send more money. Really?

In the 2008-09 school year, the Kentucky Department of Education’s Receipts and Expenditures Report Excel Spreadsheet shows that the Jefferson County School District ranked 17th in the state for total per pupil expenses in its schools. While the state average was only $9,486 per pupil, Jefferson County was spending $11,008 per pupil. Most school districts in Kentucky would love to get what Jefferson County schools get.

The latest school level spending data I was able to locate was from the 2007-08 School Report Card database.

It shows Robert Frost Middle School’s per pupil spending was $8,127 that year. Only 10 middle schools in Kentucky spent more.

Jefferson County schools have lots of money compared to the rest of the state. If the money isn’t being fairly divided, that’s a local problem for the district to fix.

Berman and his board also want to protect two principals from removal. They are Fern Creek High Schools’ Houston Barber and Valley High School’s Gary Hurt. However, as an earlier blog points out, both of these principals were in their schools as far back as 2006-07 according to on line school report cards.

Both could have been in place by July 1, 2007, too long a term to remain in place under the School Improvement Grant rules.

Anyway, in all the hubbub of charges and denials, I suspect many lost sight of what the board’s business was really all about.

The meeting was called so the board could select the school reform to be used to turn around Jefferson County’s Persistently Low-Performing Schools: Robert Frost Middle, Western Middle, Shawnee High, Western High, Valley High and Fern Creek Traditional High.

The board had to select one of four options listed in this earlier blog if the schools were to qualify for enormous ($500,000/year/school for three Years) federal School Improvement Grants.

The option chosen last night for all schools, per the Courier, was the Restaffing Option, which requires each school to replace its principal and School Based Decision Making Council (unless the audit determines otherwise) and 50 percent of the teachers.

It remains to be seen if Berman and company are the right folks to make this all work. So far, the history and current events don’t look very promising.

From the Washington AP today,

“The Senate voted unanimously Tuesday to authorize an examination of the Federal Reserve’s closely guarded emergency lending to financial institutions in the months surrounding the 2008 financial crisis.

The measure passed 96-0 as an amendment to a comprehensive financial regulation bill before the Senate. The vote came as the Fed ramped up its emergency program to keep a European debt crisis from spreading further.

The Senate proposal would require a one-time audit by Congress’ investigative arm, the Government Accountability Office, and cover a period beginning in December 2007. The GAO was specifically directed to examine potential conflicts of interest between the Fed and the banks receiving assistance.

The Fed’s short-term lending, designed to increase the liquidity of banks reeling from the crisis, grew dramatically at the height of Wall Street meltdown. At its peak at the end of 2008, the Fed’s lending totaled $1.16 trillion. Overall, the Fed’s balance sheet ballooned to $2.3 trillion, more than double where it stood before the crisis struck

Momentum for a more transparent Fed grew last week after its lead sponsor, Sen. Bernard Sanders, I-Vt., reduced the scope of the audit, and the Obama administration and Fed Chairman Ben Bernanke withdrew their earlier opposition. A proposal for a broader audit failed 62-37 Tuesday.”

For 30 years, Congressman Ron Paul has made the bank, cloaked in secrecy, his mission. To bring this quasi-government institution into public sunlight and scrutiny through transparency and accountability. And, after the financial crisis of 2008, his unfailing effort resulted in an astonishing win in the passage of HR 1207, a bill that would for the first time in it’s creation audit the Federal Reserve Bank. The bill passed as an amendment both in the House Financial Services Committee and in the House itself.

The House version-HR 1207-is much stronger and both of these bills will probably die a slow death in committee during the reconciliation process, but this does not belittle the fact that a Senate bill has now passed unanimously and the House bill passed surprisingly to audit the Federal Reserve.