This SNL clip was referenced from Hulu.

Louisville, why aren’t you playing ball?

One of the most exciting school reform efforts in our state is the ‘AdvanceKentucky’ program to place more, higher quality Advanced Placement (AP) courses in our public high schools.

But, a new list of the schools that will participate in this highly effective program in the coming school year highlights a notable problem – even after three expansions in participating schools, Louisville doesn’t have a single high school entered in the AdvanceKentucky ‘league.’

I already discussed some of the features of AdvanceKentucky here and here.

AdvanceKentucky runs a great ‘ballgame.’ Briefly, the program provides financial and other assistance to high schools to train teachers to instruct AP courses. The program also provides additional incentives with fiscal awards to both teachers and students who do well on the AP tests.

The ‘stats’ for the first 12 AdvanceKentucky high schools were released late last summer. They are impressive.

The number of tests passed with a score of 3 or higher – the score where the course work is generally accepted by most colleges – jumped 79 percent in the AdvanceKentucky schools. That’s 14 times the growth rate posted across the nation. Talk about a grand slam!

Furthermore, AdvanceKentucky schools posted a notable improvement in AP performance for students in the free and reduced cost lunch program, which is the usual indicator of poverty in education studies. You can read more about the success of this program in the blog items I mentioned earlier.

With all that great performance, you would think high schools across the commonwealth would be lining up to join AdvanceKentucky’s program. That is happening in many areas. The original 12-school group has now swelled dramatically to a total of 44 high schools that will participate next year.

But, there is a really big problem.

Even after the third round of AdvanceKentucky expansion, not one high school in Kentucky’s largest school district, the Jefferson County Public School District, wants to play. Not one!

We know that Louisville’s powerful teachers union, the Jefferson County Teachers Association (JCTA), doesn’t like merit pay, where teachers who perform better in more demanding assignments get more money. AdvanceKentucky does have those bonuses for teachers whose students do well on the AP exams, which is a merit-based approach.

Can it be that the JCTA is more interested in maintaining one-size-must-fit-all teacher mediocrity rather than advancing the education of students – and the state of the art of the teaching profession, as well?

Maybe something else beside the JCTA is at fault, but we do know that Jefferson County already had three chances to get on board with AdvanceKentucky. It failed to apply every time.

You can learn more about AdvanceKentucky in their web site.

Maybe some folks in Louisville should check it out and start playing ball. Because not playing in AdvanceKentucky’s league ultimately hurts kids. 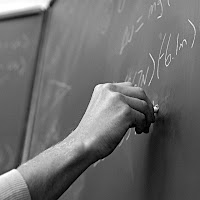 NPR recently published an article on their website discussing the contentious, hotly debated issue of teacher tenure.  The article questions whether tenure is still viable method in the current education system and also sheds light on a nation wide movement to pay teachers based on performance rather than solely years of service.

Take a moment and read the article and you can learn more about how far less than 1% of teachers are fired in many of the larger districts across the country and the various movements associated with teacher tenure.

What are your thoughts on teacher tenure?

The Herald-Leader reports that Kentucky Commissioner of Education Terry Holliday is working hard to get a proposal together for charter school legislation that will win more support from various education groups.

One thing is clear in this article. When it comes to education, you have to ask around to really find out what educators are thinking.

For example, Wilson Sears, executive director of the Kentucky Association of School Superintendents, told the newspaper that a recent poll of his organization’s members showed half were neutral on charters while the rest were evenly divided between opponents and supporters.

The article also quotes Sheldon Berman, the superintendent of the Jefferson County Public School District, saying, “I don’t think there is a school superintendent in the state who is a champion for charter schools.”

This might be mostly a semantics deal, but it seems like Dr. Berman is out of touch with the ‘supporter’ group of superintendents.

Berman became an outspoken foe of charter schools before he left Massachusetts to come to Kentucky, so he may not be the best choice for information about what others in Kentucky really are saying. Certainly, an alarming number of the most troubled schools in the state are found in his school district, especially in the high minority areas. So, it is time to try something else, like charter schools, that shows promise for disadvantaged students.

If not charters, then what?

Kentucky Governor Steve Beshear has announced that he plans to call a special session later in spring to deal with the current lack of a budget.  In addition he is doing a of campaigning to discuss what life would be like without a state budget: a government shutdown.

Beshear recommended to lawmakers that they not raise taxes as well as not increase state debt.  This sounds like a desire to be accountable and fiscally responsible.  I can only hope that this rhetoric carries through to action in the special session.

Charter school legislation is also a possible topic of discussion for a special session making this a potentially interesting spring in Frankfort. Let’s hope the state legislature can do it’s constitutionally mandated job this time as we pay them more money since they couldn’t get it done during the regular session.