One of those is Parents for Improving Kentucky Education (PIKE). PIKE member Lauren Morgan notes in a recent Lexington Herald-Leader op-ed:

“… the true promise of charter schools is realized when they are generally free from many of the state and local regulations that stifle the innovation and creativity of teachers and administrators.”

The Bluegrass Institute welcomes all Kentucky parents to join this collaborative effort to bring school choice to Kentucky.

Wave $175 million in front of politicians and labor bosses at the Kentucky teachers unions and you’re liable to end up with charter schools.

Nothing — not even the powerful teachers unions — can drown out Washington’s cash registers. Amazing, isn’t it?

Quote of the day: Healthy fear

Despite fearmongering by environmental extremists, nuclear power is safe and cheap. 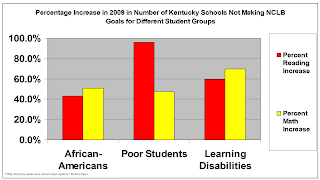 We’ve written plenty about charter schools, including coverage of recent reports about the superior performance of charter schools in New York City and Boston.

But, at least one public school education type isn’t reading us.

Check out this new opinion piece in the Herald-Leader from Jefferson County Public Schools’ Robert Rodosky.

Rodosky should do wider reading including things like this first before sounding off about reports from groups like Stanford’s CREDO that have run into credibility problems of their own.

Right now, the CREDO crowd is scrambling to recover credibility after their EARLIER report, the one Rodosky cites, wound up in conflict with their NEWER report on New York City Charters.

That newer CREDO report shows the same thing that a researcher Rodosky criticizes does: charter schools in the Big Apple outperform.