Oklahoma became the fifth state in the nation to offer a special needs scholarship program today.

Democrat Gov. Brad Henry signed the “Lindsey Nicole Henry Scholarships for Students with Disabilities Act into law today. The scholarship program is named after the governor’s infant daughter who died of Werdnig-Hoffman Disease.

Coming in the midst of the Race to the Top fiasco, passage of this bill indicates that school choice continues to attract the support of taxpayers and policymakers who believe these special children can overcome their disabilities and participate in the American dream.

Check out our new Special Needs portal on the Bluegrass Institute’s wiki here. This page also contains information to help parents of special needs children navigate the system and help fight for their children’s future.

Let the developments in Oklahoma be a loud clear message for Kentucky’s teachers unions and their political pals in Frankfort who have dug in against educational liberty for parents: It’s not a question of if we will have school choice. It’s only a matter of when.

Ignoring the people: A ‘Ceausescuean moment?’

In his recent gem of a column, “What We Have Here Is a Failure to Communicate,” Crane relates how he found a classic example of politicians’ failure to communicate with the citizenry in a video of Romanian tyrant Nicolae Ceausescu’s speech “to the teeming masses gathered in a square in Bucharest.

“Oblivious to the mood of the people, Ceausescu is at his bombastic, self-important best until he realizes that the chants from the crowd below are not praise, but something rather to the contrary.

“The look on his face: priceless.”

How many others will experience their own “Ceausescuean moment” this November?

Stay tuned for more details on these requests…we hope to shed some light on under-performing education leaders!

Kentucky Department of Education agrees with us

Recent information from the Kentucky Department of Education supports my concerns that the recently reported high school graduation rate in Kentucky is much too high.

How much too high?

Maybe as much as 10 points.

If so, Kentucky’s true high school graduation rate in 2009 could be only around 74 percent, not the recently reported rate of 83.91 percent.

Where am I coming from with this?

Buried at the back of the department’s new Briefing Packet, Nonacademic Data for 1993-2009 is an appendix that discusses planned changes in the way Kentucky will report high school graduation rates.

The first change will be a switch from the department’s current, widely discredited formula. Officially, this inflated formula is titled the “Leaver Graduation Rate” by the National Center for Education Statistics (NCES). Kentucky’s results using this formula were officially audited by the Kentucky Auditor of Public Accounts in 2006 and definitely found to be seriously inflated.

Starting next year, Kentucky will finally use something better, an interim formula called the “Averaged Freshman Graduation Rate” (AFGR). The NCES carefully researched the AFGR formula in 2006. That research indicates the AFGR is the most accurate formula available to states like Kentucky that have lagged behind on getting high quality student tracking systems in place (Kentucky’s system, called “Infinite Campus,” won’t generate its first high-quality graduation rate data until the 2014 Nonacademic Data release).

Once we can use Infinite Campus data, we will switch again to the “Cohort Graduation Rate” formula. We will probably be one of the last states to finally get accurate graduation rate data due to the delays.

For unknown reasons, the department declined to provide sample AFGR calculations in its appendix, but the necessary data have been around for a number of years.

NCES has already done the work for us. In 2007, Table 105 in the NCES’ Digest of Education Statistics 2009 reports Kentucky’s statewide AFGR was 76.4.

Anyway, we’ve talked about these sorts of numbers before.

But, here’s something new. At the very end of the Appendix in the new Nonacademic Data brief, the department admits,

“Note: Based on the information available from other states that have transitioned to the Cohort Graduation Rate, results of Kentucky’s cohort graduation rate (sic) can be expected to be slightly lower than the graduation rate with AFGR.”

Decoded, this means that once we get honest graduation rates from a high quality student tracking system, those rates will be even lower than the AFGR formula provides. We have pointed this out before, but it is nice that the department now agrees we were right.

It’s hard to say exactly how much lower the change to the Cohort Graduation Rate will lower our numbers, but based on some numbers from that 2006 research the NCES conducted, I’d say that 7.5 point gap I mentioned earlier will grow to nearly a 10 point gap between reality and the inflated high school graduation rates the Kentucky Department of Education has been releasing for the past decade. Instead of rates around 84 percent, we may wind up with rates much closer to 74 percent.

That would mean more than one in four Kentucky kids doesn’t make it to high school graduation, a figure that is simply far too high, especially after 20 years of expensive education reform that we were promised would solve this problem years ago. 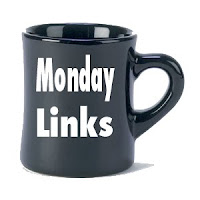