Adding to a story we’ve been tracking for some time, Wave-3 TV reports that still more families have joined the lawsuit against the Jefferson County Public Schools’ onerous busing plan that offers little hope that bad schools will improve.

This busing plan forces some Jefferson County Kindergarten and first grade kids to ride buses for an hour each way to school while negotiating at least one bus change in the process.

The plan creates no inducement for Jefferson County’s bad schools to improve. It just results in those schools messing up the lives of different students while adding huge extra costs for non-education enhancing diesel fuel, school buses and drivers. “Green” it’s not!

Jim Waters speaks about liberty, big government, and the need for change

Civic leaders in Cincinnati get it: Teachers union contracts can stifle educational improvement

Civic leaders in Cincinnati get it: Teachers union contracts can stifle educational improvement

The Sunday print edition of the Cincinnati/Northern Kentucky Enquirer has a rather remarkable letter to the community from a host of the area’s civic leaders.

This “Letter to the Community from Strive Partnership” pulls no punches about how the current contract between the teachers union and the Cincinnati Public School System (CPS) “continues many of the failed policies of the past.”

The letter lists some of those failed policies. These include:

• Rewarding “…teachers for seniority while ignoring the success or failure of their students,”
• Restricting “…the superintendent’s ability to create innovative alternative schools,” and
• The fact that “…teacher transfer and placement processes prevent schools from assembling the best possible instructional teams.”

It’s good to see that so many civic leaders understand these issues and are willing to speak out publicly, with their names included, in such a frank letter.

It really is time for teachers’ unions everywhere, and that definitely includes Kentucky, to step up to their responsibilities. Teachers unions represent professionals, not factory workers. That requires some changes in union leaders’ thinking if we are ever to see new standards that will grow the performance and prestige of this absolutely critical profession while insuring that the members of the profession are treated fairly.

Now, the Courier-Journal reports that 70 percent of parent requests for transfers out of the busing chaos, about 1,200 of them, have been turned down.

Instead, Kindergarten and first grade students will be forced to ride buses up to an hour each way to school, sometimes having to negotiate a bus transfer in the process.

And, parents with legitimate hardship situations are really upset.

For example, Brandy Schad doesn’t think she got treated fairly. Schad’s husband has Crohn’s disease and Schad tried to get her son assigned to a school where the family could get help when her husband was hospitalized, which apparently happens frequently and without warning.

The really sad part of all of this is that just throwing different kids into a low-achieving school isn’t likely to improve education in that facility. It’s just going to wreck the lives of different children. If Jefferson County schools would get serious about improving the performance of its schools, then the pressure to bus would pretty much go away.

And, I just can’t see any caring parent of any race getting excited about their child being forced to spend two hours on a school bus every single day. Whether that bus is headed to Louisville’s upscale Eastern end or its urban Western section, after an hour ride the kids are going to arrive at the school door already tired, bored, and not in much of a mood for learning.

UncategorizedBy Rick LJuly 19, 2010
In the dead of night or light of day, the Obama administration can now just destroy private health care companies. All it takes is a pen.
With no shots fired and no debate or analysis, the Obama administration drove another stake in the US health care system by REQUIRING health insurance companies to provide FREE COVERAGE for dozens of screenings, laboratory tests and other types of preventive care.
The companies that provide these services employ people, buy equipment and supplies, do research and compete to earn every dollar of business. These companies have real costs and cannot stay in business if they are not compensated.
Insurance companies also have real costs for the services and coverage they provide to their customers. They cannot provide their services for free.
The line is drawn. The intent is clear. The Obama administration plans to drive private insurance companies and suppliers out of business with mere strokes of a pen. Provisions of Obamacare allow it. Their political pals in Congress enable it.
As government sets up to compete with private companies or take over the health care system completely, anyone who thinks it will be fair is naive. After all, only the government can print money and operate hapless monopolies without accountability or consequences.
Unless people this time rise up and scream “ENOUGH!” before it is too late, we will witness the creation — and be at the mercy of — another great inept government monopoly: health care.
This isn’t just politics anymore. It is life or death for our free market and for each one of us.

Get your week started with…Monday Links! 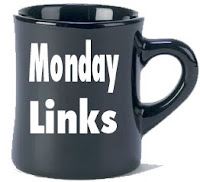 1- Public Transit – The Cato Institute takes a look at the disproportionate percentage between spending and usage of public transportation over the last 40 years.

2 – Operation: Open Records 2010 – We have updated many of the records requests on the Open Records 2010 Portal.  We are working to promote transparency and accountability in Kentucky government.  Check out these requests and their responses!

4 – The Economics of the left: Unemployment Benefits create jobs – Check out this blog post about the myth of unemployment benefits helping to cure the unemployment problem.

5 – Friedman on Government and the Poor.

The Bluegrass Institute is hosting a “What would Friedman do?” lecture at the University of Louisville on July 30, 2010.  Learn more here.