We already have energy consultants in state employees! 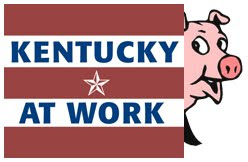 Yesterday I asked some questions regarding stimulus money being used to hire 35 full-time “energy managers” for Kentucky school districts.

On the Kentucky Department for Energy Development and Independence website you can see how all of the stimulus money set aside for the Kentucky State Energy Program is divided up – all $52.5 million of it.

Seems like a lot of money to me, especially since Governor Beshear already received input from state workers on how the state can save money through simple energy fixes. You can see those energy saving recommendations made by state workers here.

Quote Of The Day

Question: Your essay offers parallels between Brooklyn busybodies and Taliban oppressors. How does the nanny state resemble totalitarian theocracy?

Answer: Consider ice cream: Even a single scoop of vanilla was forbidden to women in pre-war Afghanistan, lest they become decadent and Western. In Brooklyn, moms try to force ice cream trucks out of parks, thus eliminating the temptation to consume fat and sugar. The magnitude of interference is different, but both are looking to the state to protect the people from their worst selves.

How solvent is your commonwealth? 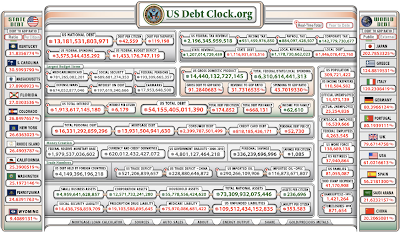 You’ve heard about the financial meltdowns occurring in states like California, where things have gotten so bad that workers are being issued IOUs instead of paychecks.

But according to US Debt Clock.org, it’s not California or New York or Arizona that’s in the hottest fiscal water. It’s………Kentucky!

According to the real-time info on this “clock,” Kentucky’s 32 percent debt-to-GDP (technically, it would be Gross State Product, which is the best indicator of a state’s economic health) ratio is the highest in the entire nation. And that percentage keeps growing.

And just think, the Kentucky House of Representatives wanted to add more than $1 billion worth of additional bonded indebtedness to the backs of Kentucky taxpayers during the just-completed legislative session. Shameful.

For your added viewing pleasure: Watch the “clock” and you’ll see the debt, like magic, increase right before your very eyes!!

I don’t think anyone would argue that efficient energy use is being a good steward of both the environment and hard-earned money.  I would think there’d be more discussion surrounding federal stimulus money being used to create positions for “energy managers” in Kentucky school systems.

Essentially, this is the breakdown of this “stimulus” project.

While there are many positives to having someone analyze your energy efficiency and making recommendations, there are also some questions that should be raised:

Is this a wise use of money?

Phil Moffett, co-founder of School CHOICE Scholarships in Louisville and a board member of the Bluegrass Institute, will be one of tonight’s guests.

Check out this earlier donnybrook over charter schools on Kentucky Tonight.

In a commonwealth and country where pessimism rules the day, there are still those who shine the light of optimism on America’s future.