Considering its economically stifling policies, it’s not surprising that Kentucky ranks No. 40,(“1″=best,”50″=worst). If I can do simple math and there are still only 50 states (in contrast to President Obama’s reference to “57 states”), then No. 40 out of 50 isn’t too swell. To be precise, despite the fact that Kentucky’s ranking is up from No. 44 in 2008, it remains mired in the bottom 20 percent of states. 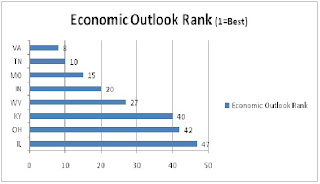 On top of the high tax rates, state government was forced to rely on $500 million in federal stimulus funding to balance the budget approved during May’s special legislative session. It’s clear: We’re spending beyond our means.

High taxes and overspending are the main ingredients in the recipe of downtrodden economies.

Kentucky currently has an illogical tax structure that’s highly dependent on income taxes and less so on sales and property taxes, especially at the local level. The disproportionate nature of income taxes to property taxes in Kentucky — especially relative to border states — favors people who hold their wealth as property and hurts people whose main source of wealth is their human capital.

Kentucky’s tax structure actually mitigates its own efforts to attract hi-tech businesses and young, highly educated workers. After all, who wants to see their individual or corporate earnings taxed excessively?

As a rule of thumb, local economic activity is more sensitive to changes in state taxes than federal taxes, in part due to the interstate mobility of capital and labor. For example, when given a choice, high income households choose to live in our border states that tend to have lower income taxes. This is particularly true along our Tennessee border.

A report done by The Beacon Hill Institute suggests that had several states applied a state FairTax, in contrast to their current system, they would have experienced tremendous growth in employment numbers and real gross annual wage rates between 2005-2009.

For example, employment in the border states of Illinois and Virginia grew by more than 15 percent in both of these states; real gross annual wage rates grew by 3.7 percent and 6.2 percent in Virginia and Illinois, respectively. It seems likely that Kentucky could experience similar strong growth if we emulated their tax policies in this regard. 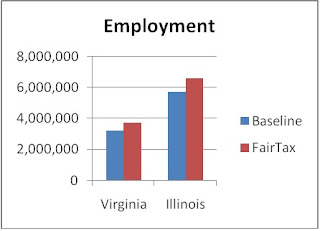 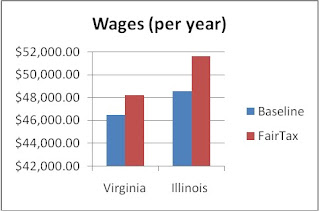 While the tax structure in Kentucky is not the only thing keeping citizens from moving here, it sure isn’t helping matters. The idea of a state-level FairTax may be the ticket to attracting businesses and educated workers to the commonwealth by creating jobs and improving earnings.

Arguably the greatest threat to state and local governments’ economic vitality is a growing unfunded pension liability. Changes in public employees’ benefit packages must be made before Kentucky finds itself in ‘bankruptcy court.’

Four reasons I wouldn’t give Kentucky a small business loan

With the economy in the condition it is, banks and lending organizations are tightening their grip on the money they are willing hand out.  If I was a loan officer, one organization I would consider extremely risky and would deny for lending is the Commonwealth of Kentucky. 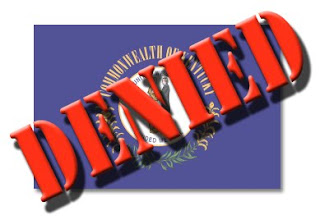 If the headlines confused you, don’t feel too bad.

Computing credible trend lines for high school graduation rates and dropout rates has been an issue for decades. I have been complaining about the problem for about 15 years.

The official high school graduation rate formula currently used by the Kentucky Department of Education in their new nonacademic data report was shown to be notably inflated back in 2006 in a major federal study. That study urged all states to adopt a new formula called the Averaged Freshman Graduation Rate (AFGR), which is explained here.

Sadly, Kentucky won’t finally come on board with the AFGR until next year, making it one of the last states to adopt a more credible graduation rate formula.

While we still must wait for better graduation rate data from the KDE, federal research shows an old formula called the “Freshman Graduation Rate” works far better than the “Leaver” rate the KDE is still using. Furthermore, the Freshman Graduation Rate can consistently be applied to Kentucky’s available data way back into the 1980s, as I have done in this graph. 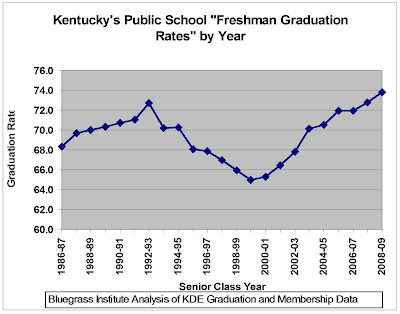 By the way, I also ran an approximate calculation of the AFGR for 2009 using an average of 8th, 9th and 10th grade enrollment for the denominator and the total of NCLB creditable diplomas (those regular or governor’s diplomas earned within four years plus those regular diplomas earned by learning-disabled students within five years).

That AFGR for 2009 was 76.7 percent. This is still slightly high because I didn’t make another necessary correction for the number of disabled students who are not assigned to a specific grade. The federal formula actually requires that correction, which I estimate would drop the “on-time” AFGR to about 75.7 percent, within two points of the 2009 Freshman Graduation Rate shown in the graph above – and FAR lower than the 83.91 percent rate that the KDE just officially claimed.

Anyway, the good news is that using the fairly accurate Freshman Graduation Rate, our high school graduation rate has finally risen above the previous peak set back in 1993, shortly after KERA was enacted.

The bad news is that we are still losing about one in four students prior to graduation. After 20 years of very expensive education reform efforts, that is simply unacceptable.

The data I used to assemble the graph includes the ninth grade fall membership counts from annually produced reports (for older years, the SD-125R paper reports, for newer years, the Growth Factor/Ethnic Membership Reports, which can be accessed on line from here).

The graduation counts for older years came from old paper records at the KDE which I researched many years ago. More recent graduation counts used in this graph come from the graduation counts in the transition to adult life data from the KDE. Data back to 1993 is available on Page 15 in the new Nonacademic Data Briefing Packet that was released by the KDE on June 1, 2010.

One last note: You can find much rosier numbers over at the Prichard Committee’s web site. One reason those numbers look so good is that Prichard consistently fails to acknowledge the transfer of about 1,500 students from private eighth grade schools to the public system in ninth grade. Without a correction for that issue, Prichard’s use of eighth grade public school only enrollment in its formula results in somewhat inflated numbers.

Prichard’s calculation also includes diplomas awarded to non-learning-disabled students in over four years. No Child Left Behind does not permit that, probably reasoning that if students don’t have disabilities, a good high school program should enable them to graduate on time at lower expense to the taxpayer.

For unknown reasons, Prichard has consistently refused to acknowledge the federal research that has been done in this area and the research-based recommendation to switch to the AFGR pending a state’s developing a truly accurate student tracking system that is essential to enabling truly high quality graduation rate reporting.

Prichard does get some things right. Like us, they are upset that the KDE has never released disaggregated graduation rate information at the district and school level. That makes it harder to estimate graduation rates for the minorities, a data failure that simply is inexcusable. On that, both Prichard and the Bluegrass Institute agree.

The Bluegrass Institute will join the Kentucky 9-12 Project and Northern Kentucky Tea Party on Wednesday, June 2, to expose and call for the defunding of the Kentucky Climate Action Plan Council (KCAPC).

KCAPC is a phony stakeholder group created at the urging of environmental activists to address a phony global warming problem. Much of its funding and direction comes from the Washington, D.C.-based Center for Climate Strategies, a warming-alarmist organization.

A news conference will be held during the KCAPC’s meeting at Noon outside the Department for Environmental Protection Building at 300 Fair Oaks Drive. KCAPC’s agenda indicates that the group is not allowing public input until after votes on agenda items have already been taken.

Environmental extremists in Frankfort would have you believe there is scientific consensus about global warming that requires radical policies that would decimate Kentucky’s coal industry and threaten our individual freedoms,” said Jim Waters, the institute’s director of policy and communications. “Don’t believe it. This panel is being run by outsiders from Washington who could care little – and know even less – about Kentucky’s unique economy and robust energy industry.”

If this group was so sure its conclusions about global warming pass scientific rigors, it would not prevent debate on the issue during its meetings, Waters said.

“State and federal government agencies are using the environment to push policy changes that destroy jobs at a time when families are hurting because there are no jobs,” said Emily Shelton of the Boone County Tea Party. “They push policy changes that take away every personal liberty we have – from how we run our own businesses and how we steward our own private property, to what kind of products we must buy for our own homes. Calling for an end to KCAPC is an opportunity for citizens to push back.”