Here are the details.

With the new hike, Lexingtonians will be paying 47 percent more for water than they did two years ago!

Wake up Kentucky. The EPA water rampage is going to impact everyone on a commercial water system.

Making Shawnee High into a K to 12 school: Is this a clever ploy?

The Courier-Journal reports that the latest idea to turn around “Persistently Low-Achieving” Shawnee High school is to turn it into a Primary to grade 12 school.

How dumb, but how insidiously clever!

Dumb, because mixing five-year olds in with a group of high school students with a long and chronic history of problems is probably akin to committing child abuse with those younger students.

Clever, because the NCLB test results for all grades are added together in a K to 12 school. That way, the generally higher grades for the elementary and middle school grade kids will offset the deplorable high school results, hiding the fact that the high school kids do a poor job.

For an example of how that works, look at Jefferson County’s Brown School’s NCLB report (available from a set of pull down menus here).

Brown is P to 12 school. You will see that its report does not provide separate scores by grade level structure for elementary, middle and high schools. Instead, the data for all the tested grades are averaged together. Since Reading is tested in grades 3 to 8 but only in grade 10 in high schools, it is clear that bad high school grade level performance will be totally hidden with the clever trick Jefferson County wants to pull.

I guess the school management team in Jefferson County thinks it is better to sacrifice the futures of a lot of younger kids to create a mirage of progress in a failing high school, a school which could keep right on failing its older students after this slight of hand takes place.

Commissioner Holliday, are you watching this?

As part of his visit last week to Kentucky, David Boaz, executive vice president of the Cato Institute, also taped a segment for KET’s award-winning “One-to-One,” which will air tonight at 8 p.m. (eastern).

Boaz’s segment will be joined by a segment with former Gov. Paul Patton during the second half of the program.

Boaz spoke at a Bluegrass Institute luncheon in Lexington on Thursday. He is the author of “The Politics of Freedom: Taking on the Left, the Right, and Threats to Our Liberties.”

These interviews will air in place of “Kentucky Tonight,” which is being cancelled due to inclement weather, according to Bill Goodman, who hosts both programs.

“This won’t be the final round,” remarked Virginia’s attorney general, Ken Cuccinelli, who filed the case, “but today is a critical milestone in the protection of the Constitution.”

Judge Hudson wrote in his statement, “This broad definition of the economic activity subject to congressional regulation lacks logical limitation and is unsupported by previous legal cases around the Commerce Clause of the Constitution.”

While the U.S. Supreme Court will ultimately decide the fate of the individual mandate in the health care law, the judge’s statement echoes the sentiment of many Americans that the broad reach of the federal government through mandates has become an increasingly slippery slope.

This is an important victory for those of us who value individual liberty and freedom of choice in health care.

Kentucky’s governor and attorney general have chosen not to uphold their constitutional duty to protect the commonwealth’s citizens from Washington’s heavy handedness. Thank goodness Vriginia’s leaders stepped forward and forced the issue.

To follow all of the court decisions surrounding the health care bill, visit FreedomKentucky.org.

UncategorizedBy Jim WatersDecember 10, 2010
Yesterday, David Boaz, executive vice president of the Cato Institute and author of The Politics of Freedom, visited the Bluegrass Institute in Lexington for a luncheon event.
Boaz, a Mayfield native, gave an optimistic yet realistic view of freedom in the commonwealth and nation. He noted that while great advancements have occurred in scaling back government involvement in areas like airline deregulation, we still have much work to do to ensure the freedom and liberty intended by our founders.

Boaz echoed the message the Bluegrass Institute continuously works to promote: people thrive when given freedom.

“The simple system of liberty doesn’t have many rules,” Boaz commented. “Basically, let people alone to produce and trade with a few simple rules.” 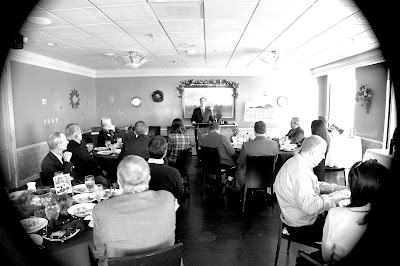 Boaz also signed copies of his book for luncheon attendees following the event. 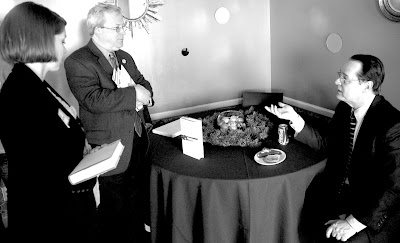 ‬‪”To take from one, because it is thought his own industry and that of his fathers has acquired too much, in order to spare to others, who, or whose fathers, have not exercised equal industry and skill, is to violate arbitrarily the first principle of association, the guarantee to everyone the free exercise of his industry and the fruits acquired by it.” ―Thomas Jefferson‬‪