Is naming a valedictorian ‘unhealthy?’ 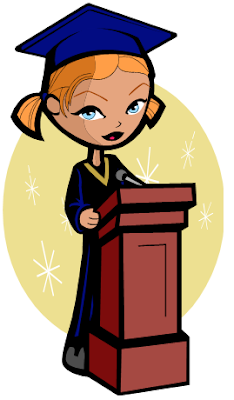 Public-education bureaucrats these days are averse to competition … and not just from charter or private schools.

Many of them now support doing away with the tradition of “naming only one valedictorian,” reports the (Louisville) Courier-Journal, which seems all-too willing to enable our failing education system avoid making tough decisions or any semblance of controversy.

Besides, how many “valedictorians” can a school have?

In trying to “help” us understand, the Courier-Journal reports that many local school districts in Kentucky — including Jefferson and Oldham counties — and around the nation “have moved away from naming only one valedictorian, citing their desire to honor all high achievers and de-emphasize competition that could be seen as unhealthy.”

The education bureaucrats cited in the C-J story, including Brian Shumate, “Jefferson County’s high school liaison” (I bet that highly paid job really is demanding and productive, don’t you?), think all high-performing students should be recognized and that the system should be “more equitable.”

Hmmmm. It makes me wonder what the folks in charge of Kentucky’s public schools think of our free-market system, which thrives on competition and profit. In fact, when governments try to make the marketplace more “equitable” — “equitable” being determined by all-knowing government gods — is when the store shelves are empty and people starve … like when Marxism took over the former Soviet Union.

Of course, competition only happens in the real world — a foreign environment for the decision-making corridors of Kentucky’s public school districts.

Interestingly enough, the kids cited in the reporter’s story were worthy of more print.

“I understand wanting to honor more students and trying to take some of the controversy out of naming just one person, but it really pushed me,” said Gentry Collins, this year’s valedictorian at North Bullitt High School.

“It really pushed me?”

How, exactly, is that “unhealthy?” And how, exactly, does that keep schools from honoring those who did well without taking away the honor of being at the top?

And, it didn’t take an age 18 dropout law to make it happen

Good news is starting to come in from several districts that have set up alternative high school programs for students in danger of dropping out of traditional programs.

On May 31, the Hopkins County Schools Academy held its first commencement, with 33 of the 45 students enrolled scheduled to receive their regular high school diploma.

This alternative school takes in students who are behind on graduation credits and those who need individualized programs (which could include students who have to work and single mothers, for example). The program is computer-based. The academy reports several more students may be added to the graduation roll by the end of the summer.

And, it didn’t take a law requiring school attendance to age 18 to make Hopkins Academy work.

There are other, age-18-not-needed success stories cropping up in the fight to get more kids through high school.

One of our favorite success stories is the Barren Academy of Virtual and Expanded Learning (BAVEL) in Barren County, which the Bluegrass Institute highlighted in its “Virtual schooling in Kentucky: Great promise with challenges” report last September.

Barren Academy is open to any student in Kentucky and offers a totally virtual learning program. Barren County has collected data on its performance for the past eight years. In 2010, it graduated 25 students out of an enrollment of 85 (some of whom are in lower grades).

Barren also has tracked its graduates from past years. Out of 73 students, most of whom came to BAVEL in danger of dropping out, 25 went on to four-year colleges, two joined the military (something dropouts generally are prohibited from doing), 20 entered vocational and technical schools, 18 went into the workplace and eight are in family/child care pursuits.

These and other alternative schools cropping up around Kentucky use digital learning to allow flexibility to students who otherwise would be lost in the education process before graduation. It’s an important development with a bright future, one we will be exploring further in a report to be issued in late summer or early fall. Watch for it!

And, by the way, these students are hanging in there and graduating without the club of mandatory attendance to age 18 hanging over their heads. We definitely favor approaches like those in Barren and Hopkins Counties.

In sharp contrast, as we have pointed out before, the data shows the quick fix of changing the minimum high school dropout age to 18 generally does not work.

It’s good programs, not burdensome mandates, that get kids diplomas.