Talking about pension reform is just the first step

With Kentucky House leader Greg Stumbo stating that pension reform for new hires is up for discussion, does this mean we may finally get somewhere with state pension reform in the next General Assembly?

While we need to do much more than simply open the discussion about public pensions, this is certainly a step forward from Gov. Beshear’s believe that this problem will take care of itself. 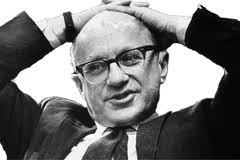 “The free market enables people to go into any industry that they want; to trade with whomever they want; to buy in the cheapest market around the world; to sell in the dearest around the world. But most important of all, if they fail, they bear the cost. If they succeed, they get the benefit and it’s that atmosphere of incentive that has induced them to work, to adjust, to save, to produce a miracle. This miracle hasn’t been achieved by government action – by someone sitting in one of those tall buildings and telling people what to do. It’s been achieved by allowing the market to work.”

Free to Choose, Part 1
Come celebrate Milton Friedman’s legacy of freedom at the University of Louisville Belknap Campus, July 29th at 8 AM. Click here to RSVP for Friedman Day 2011!

Williams proposes turning JCPS over to the mayor

Senate President and GOP gubernatorial nominee David Williams is proposing eliminating the Jefferson County Board of Education and placing the state’s largest school district under the control of the Louisville mayor.

It’s a new idea for Kentucky that is already being done elsewhere – including New York City, which has seen significant academic improvement since the mayor took over the school system.

Noting that a majority of the lowest-performing schools in the commonwealth are in Louisville, Williams said the Jefferson County Public Schools system is are holding back the rest of the state.

He said the JCPS board is “dysfunctional and is under the control of the teachers union (and) will never change unless people stand up.”

It’s no shocker that defenders of the status quo oppose Williams’ move.

Actually, what’s “ridiculous” is, according to the Legislative Research Commission, is that the teachers union has stood in the way of the district placing enough highly skilled educators in JCPS’ lowest-performing schools.

Finally, based on his Pollyanna comments, the governor seems uninformed about the fact that Jefferson County is home to 59 percent of Kentucky’s Persistently Low-Achieving Schools – way more than the percentage of Kentucky’s public-school students enrolled in JCPS.

Does this sound like a system that “has worked well?”

In fact, Williams’s description of the board as “dysfunctional” may have been too nice.

Defined contribution is certainly something that needs to be talked about. Why? Simply put, public pensions, as they stand now, are breaking the backs of cities, counties and states.

In a real head scratcher, Hopkinsville Rep. Ed Whitfield and 26 of his fellow Republicans voted to allow the federal government to force nonunion contractors to sign project labor agreements as a condition for working on military construction projects. The measure passed by a single vote, 204-203. 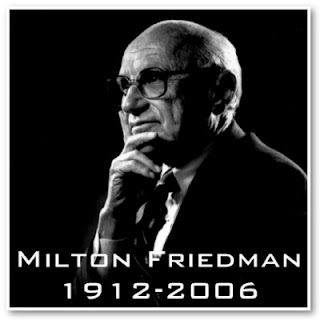