Forgive me, but I want to say to the pencil-pushing Kentucky State Police lobbyists and drug task-force zealots: We told you so.

A common-sense approach to fighting the scourge of methamphetamine not only won out in the legislature – where, in 2012, politicians who preferred taking the sledgehammer-to-an-ant approach to the problem were politically defeated – but more important, it’s winning where it counts: Kentucky is making real progress in reducing the number of meth labs and the amount of pseudoephedrine (PSE) purchased for making meth.

According to the Kentucky Office of Drug Control Policy:

Only people whose heads are firmly planted in the sand deny the serious challenges Kentucky faces in dealing with the terribly destructive meth scourge – as well as heroin overdoses and prescription-drug abuse.

But like Gov. Steve Beshear once said, we need to be “tough on crime while being smart on crime.”

Granted, Beshear made that comment while signing a bill implementing long-overdue criminal justice reforms – which he also referenced as “common sense” steps – into law. But doesn’t that also apply to the manner in which we should approach drug-related criminal activity?

Passing the legislation preferred by those looking to force all Kentuckians to obtain a prescription before they could even purchase a box of Sudafed at the corner drugstore not only would further erode the liberties of law-abiding citizens, it also would sideline the National Precursor Log Exchange (NPLEx) – a tracking system that’s proving to be one of law enforcement’s most potent anti-meth weapons.

If those not satisfied with the less-is-more approach when it comes to government’s involvement in the push against meth had gotten their way in 2012, the NPLEx tool – which tracks PSE purchases – actually would not now be available for law enforcement to use to counter illegal purchasing activity. The dissatisfied offered legislative proposals that labeled PSE as a “controlled substance,” which would cause privacy laws to kick in, thus preventing the use of NPLEx.

New data show that NPLEx is a huge success, having already stopped the sale in 2014 of more than 23,000 boxes of pseudoephedrine to would-be abusers and mis-users.

Similar results are being reported in an increasing number of states using NPLEx. More states likely will sign on as the system continues to push key meth-fight indicators downward. Oklahoma and Alabama, for example, are, like Kentucky, preserving the rights of law-abiding citizens while effectively targeting criminals with a meth-offender block list.

Isn’t using common sense and limited-government approaches while achieving what everyone involved in this fight claims to want a better way?

While everyone involved in battling the meth madness wants to rid the Bluegrass State of the use, misuse and abuse of meth, I don’t believe all involved parties are as passionately interested in protecting consumers’ freedoms.

Some in the law-enforcement community sincerely believe those liberties should take a back seat to their anti-drug agenda. However, the latest developments in Kentucky’s fight against meth confirm: we shouldn’t be so quick to surrender those liberties. 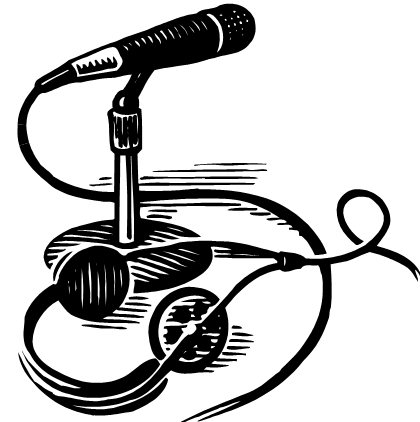 Bluegrass Institute president Jim Waters will be on Cincinnati’s 55KRC The Morning Show with guest-host Kevin Gordon on Wednesday at 7:30 a.m. (eastern)

Waters will talk about the Institute’s #right2work4ky campaign, which includes a new docu-video telling the real stories of people who need the kind of manufacturing employment opportunities that a right-to-work law would bring to Kentucky.

(JAMESTOWN, Ky.) — Fruit of the Loom’s announcement in April that it would close its only remaining Kentucky plant in Jamestown by the end of the year was a devastating blow to this community.

“It hit hard,” said Russell Springs resident Claude Morrison, who’s worked at Fruit of the Loom for 30 years – during many of which he had perfect attendance.

Morrison and his wife, Terry, who, despite a master’s degree and extensive work experience, has taken a job two hours from home that pays little more than minimum wage, tell their story in a new video released today by the Bluegrass Institute promoting a right-to-work policy for Kentucky.

The Institute also released a Legislative Scorecard indicating which lawmakers sponsored, supported and opposed right-to-work legislation filed and voted on in the House Committee on Labor and Industry during the 2014 session of the Kentucky General Assembly.

A right-to-work law simply protects the rights of individual workers to choose to join or not to join a labor union without losing their jobs. Twenty-four states, including neighboring Indiana, Tennessee and Virginia, have right-to-work laws.

According to the National Institute for Labor Relations Research, real manufacturing GDP grew by 87 percent from 2002 to 2012 in the 22 states with right-to-work laws during that decade but fell by 2 percent in states without right-to-work policies.

“The Morrison’s story – and thousands of stories like theirs from around Kentucky – highlights the urgent need for the Kentucky legislature to pass right-to-work during the 2015 legislative session,” Bluegrass Institute president Jim Waters said. “It’s one great thing our state could do that we know would attract the manufacturing job opportunities and allow the Morrisons and many other hardworking Kentuckians to find a good job and remain in the community they call ‘home.’”

For more information, contact Jim Waters at jwaters@freedomkentucky.com or (270) 320-4376.

Most white-black math and reading gaps are up statewide, as well

According to comments in an October 28, 2014 Herald-Leader article, “Fayette school board approves recommendations to eliminate achievement gap,” the Fayette County Public School District’s newest Equity Scorecard showed, “…the achievement gap had widened, with lower numbers of distinguished and proficient students on the state’s K-Prep tests for all groups. Most of the gaps were larger than in previous years”.

That is some rather direct candor. Blacks are being left behind in Lexington.

We could use some similar candor from Frankfort. You see, the gap problem is statewide.

I broke out the 2013 and 2014 KPREP math and reading proficiency rates for Kentucky’s white and black students by school level. The following table shows that in most cases, the achievement gaps grew statewide in that period. Specifically, the white minus black achievement gaps grew in elementary schools in both reading and math and in middle school math and high school reading.

The Herald-Leader says Fayette County is launching still more attempts to deal with the gaps. However, the unfortunate truth is that we have heard similar promises ever since the Kentucky Education Reform Act of 1990 was passed. It is now nearly a quarter of a century later, and the gaps remain large and mostly are not improving.

In the interests of really improving equity, it clearly is time for Kentucky to engage in some out of the box thinking on gaps, thinking that moves beyond the traditional public school mindsets. One example of that out-of-the-box thinking is to improve school choice in Kentucky with such options as public charter schools. We need those options, and we need them in more places than Louisville. The new Equity Report from Fayette County and the unhappy statewide gap information from KPREP testing prove it.

WDRB reports that former Louisville Male High School principal David Mike has now been fired for “conduct unbecoming of a teacher” by the Jefferson County Public School system. The firing relates to Mike’s failure to “create a proper testing environment and that he told a teacher to destroy documents.”

The inappropriate activity is related to ACT COMPASS testing at Male High. Mike failed to maintain proper testing conditions for this test, which is used for Unbridled Learning school accountability in Kentucky. The possible impact on Male High’s overall Unbridled Learning results is unknown.

This sad story isn’t over, however. Mike has a 10-day period where he can appeal the dismissal to the Kentucky Department of Education. Also, Mike and two other Male staff members still face possible action from the Kentucky Educational Professional Standards Board (EPSB). The EPSB process is mostly secret, but several years ago the board did take certificate action against school staff members in Perry County who were involved with inappropriate testing activities on the ACT college entrance test.

The sad news here is that Mike, who held one of the most desirable and well paid high school principal positions in the state, evidently failed to live up to the standards expected of such leaders.

The good news is that the system might finally be starting to change. The era of education’s excessive protection of its own, even when serious miss performance is involved, may be coming to a close.

Policy is not just about the numbers, the data or the lofty ideals. Good and bad policies both have real impact on real people.

Without a right-to-work policy, the Bluegrass State lack the opportunities real Kentuckians need — and that residents in key neighboring states already have — to deal with economic downturns, manufacturing plant closures and regulatory fiats from Washington attempting to put our coal industry out of business.

Plants are going to close. “Creative destruction” happens. The question is: What is Kentucky doing to open the doors to opportunities that help our state and its citizens to prosper and grow — even through those transitions?

Some people think the answers lies in more government handouts and mandates on private-sector businesses, including raising the minimum wage. But Terry Morrison, a Russell County resident whose family has been hit hard by the announcement that Fruit of the Loom is closing its Jamestown plant, says a right-to-work policy would provide the kind of “hand up” most Kentuckians want rather than just another “handout.”

Terry and her husband, Claude share more of their story in the Bluegrass Institute’s new right-to-work video released Monday.

This video is part of the Bluegrass Institute’s #right2work4ky campaign. Please watch the video and then link to it on your social media sites.