Barack and Steve are running the wrong way

The Tax Foundation is shining a light on America’s too-high corporate taxes with a compelling new website. The Tax Prof weighs in with this:

And look, there’s even a funny video:
[youtube=http://www.youtube.com/watch?v=m9yt-T38LFI]
Meanwhile, in Kentucky, we need to do more than just change the names of our taxes: 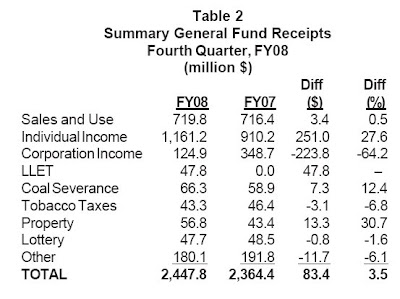 Sign up to receive daily updates from the official blog of the Bluegrass Institute:

A new way to push an old agenda

If the Beshear administration starts refusing to hear consumer complaints against health insurance companies from people without high-priced full coverage, we will know where they got the idea from: Ohio. 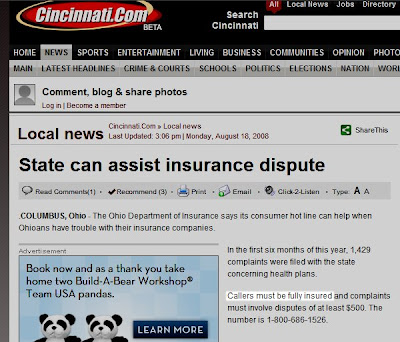 We will keep an eye out for this and loudly protest any effort to follow the Buckeyes in refusing to assist insureds selectively. People with HSA’s and high-deductible plans are not only more likely to have thought through the wisdom of buying insurance coverage for small items they can easily afford, they probably are also somewhat less likely to join the clamoring for more government control of healthcare market.

There’s dramatic further evidence of KERA’s failure to meet the needs of the state’s African-American population. It lies hidden beneath a Herald-Leader report that some of the state’s colleges want to change the rules for how their minority enrollment percentages are calculated. These colleges want to be able to include out-of-state minority students.

Obviously, KERA isn’t producing enough qualified in-state minority students for our colleges to admit. Now, our universities want credit for tapping into the pool of students of color from other states, students who clearly get better public educations than our own kids receive.

Recently, Education Commissioner Jon Draud said he will be traveling around the state to push claims of great progress in Kentucky’s public schools. Sadly, at least for African-Americans, any real improvement is obviously very small indeed because Kentucky’s college system still can’t find enough qualified minority kids from our public schools and must search elsewhere for them.

What a sad commentary on our bloated, under-performing public school system. And, what a stake in the heart of the inflated claims of progress under KERA.

Was Education Commissioner Draud Doing Us a Favor?

The news about the excessive cost of Education Commissioner Jon Draud’s car has been all over the blogs and in the news. Still, compared to the vehicle costs for what the school bus garage manager in one school district is reported to be driving – at taxpayer expense – maybe Draud was being relatively kind to us (Check out the second reader comment to this news article).

Or, maybe, the Draud experience is typical of a school system that considers it quite OK to make flagrant misuse of tax money. Thanks to the fiscal coding chaos in our MUNIS education financial system, which remains unfixed almost two years after the problems were identified in this report, who can tell?

The Louisville Courier Journal reports this morning that car hauler union workers at Ford in Louisville have gone on strike after rejecting a three-year contract over job security issues.

This means management and the union worked out an agreement, but a majority of the workers weren’t ready to face reality.

Here is the key passage from the news story:

“The strike, which involves about 435 workers, is not affecting production at the plants, said Ford spokeswoman Angie Kozleski. She said the auto company had contingency plans in place but declined to describe the measures.”

Our U.S. Senate candidates should probably weigh in on this one.