Bitter journalists clinging to their Obama 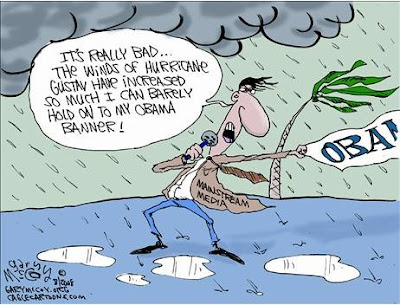 This year, 2008, has been the year of the magical tax increase in Kentucky. An added seventy cent cigarette tax has been sold as a solution to education, health, and road funding at various times.

The din is reaching a crescendo of absurd proportions this morning as the Louisville Courier Journal suggests on its editorial page that if legislators cared about the safety of social workers, they would raise the tax:

“But it is a refrain that is growing increasingly tiresome, and unacceptable, when the legislature has legitimate means to solve at least some of the shortfall for underfunded human services — and refuses to act. Cigarette tax, anyone?”
“On the eve of the second anniversary of Boni Frederick’s murder, it’s worth remembering what she gave to protect a child — and what the state of Kentucky is apparently unwilling to provide to protect people like Boni Frederick.”

What is silly about this is that everyone knows the magical seventy cents won’t scratch the big spenders’ itch. A cigarette tax is a gateway drug for the big-taxing junkies, who have designs, of course, on all kinds of income and commerce. If we give in on this one issue, they will quickly return for another hit.

Can’t imagine why we would throw any more money their way when we have over-compensated bureaucrats, over-medicated welfare recipients, over-politicized student testing, and under-inspected state spending (and this).

Who will be your union boss under Obama?

Sen. Barack Obama’s Labor Day message isn’t so much a celebration of the work that made America great as it is a promise to give everyone a union boss.

“It’s time we had a president who honors organized labor, who has walked on picket lines, who doesn’t choke on the word “union,” who lets our unions do what they do best and organize our workers, and who will finally make the Employee Free Choice Act the law of the land,” Obama said.

Employers are already laboring under too-high corporate tax rates. Do we really want to make them even less competitive by adding a layer of hangers-on with their hands out?

Obama hopes you do.

Would Barack Obama feed the bears?

Politicians and pundits seem to have difficulty sometimes telling the difference between government budgets and the overall economy. This is apparent in two instances this weekend.

First, Sen. Barack Obama’s economic “plan” has as one of its main action items a $50 billion transfer to the states to “jumpstart the economy.”

Aiding and abetting is Stateline.org, with its unattributed claim that state budget problems are the result of “falling revenues triggered by the housing and mortgage crisis,” marring an otherwise very informative article.

They should have talked to Kentucky Sen. Julian Carroll(D), whose recent statement seems to indicate he understands that giving legislators more money to play with may not be the best use of our resources.

Another excuse to get Sarah Palin to Kentucky

Fortunately, Alaska Governor Sarah Palin gets it. Senate President David Williams is Sen. John McCain’s campaign chairman for Kentucky. Maybe he can get Palin to come here and explain it to him like she did to the Anchorage (Alaska) Daily News back in February:

“The Certificate of Need is being used by lobbyists and health-care organizations to limit competition — through appeal of other’s certificate awards or by filing suit against the state for those awards. As one member of a citizen committee studying CON in 2007 put it: “the only voices heard (testifying for continuing CON even more stringently) were from the financially vested physicians and hospitals.” Currently, there are seven active Certificate of Need lawsuits involving the state and private sector health-care providers.”

“As I said recently in my State of the State Address to the Legislature, “Under our present Certificate of Need process, costs and needs don’t drive health-care choices — bureaucracy does. Our system is broken and expensive.” Eliminating the CON program, with certain exceptions, will allow free-market competition and reduce onerous government regulation.”

After Palin comes here and sets us straight, then she could go talk to officials in Pennsylvania, Florida, and Michigan and show them how to lower their healthcare costs.

What Beshear could learn from Sarah Palin

Early this year, Alaska Gov. Sarah Palin implemented Alaska’s Checkbook Online program through her Department of Administration. It is more comprehensive than that proposed by Kentucky Rep. Jim DeCesare last year or the one he has already filed for next year.

If Beshear wants to hurry up making good on his campaign promise to make Kentucky government spending less secretive to help cut down on corruption, perhaps he should follow the example of Sen. John McCain’s vice-presidential pick.